Every once in a while it's good to stop what you're doing and make a fresh start, and not necessarily because something has gone wrong. It's possible that you're very happy with where you're at now, and you feel like you've found your ultimate comfort zone and never want step out of it. If you feel that way it might be a great thing, but it might also be the reason you're not advancing to the next level. It's easy to get taken over by the daily routine where you find yourself repeating the same tasks over and over again, and when that happens you might actually be preventing the creative side of your brain from functioning.

I'm not saying that this is true for everyone. Many people have been doing the same things for years and still manage to be super creative in their work. It probably all comes down to the type of person you are – either you prefer to feel stable and safe, or you're a more adventurous type of person and don't mind taking the occasional dive into the wild. I consider myself as an adventurous guy and that's probably the reason I like changes.

Changes aren't always a good thing, and that's especially true when it comes to company branding. If we take Nike as an example, try to think about the last time you saw Nike's logo appear differently than in the image below. Never. And why is that? Because they care. They know that the first thing people think about when they hear the word “Nike” is that cool V shaped logo. What would happen if Nike suddenly decided to change their logo to some sort of square? People would go crazy.

Which is exactly what happened back in 2010 when Gap decided to release a new logo (the one in the middle). If you've never seen that logo before, that's because Gap had to revert to the old logo after the uproar of their disappointed customers. People weren't willing to accept the sudden change the company made. And the larger the brand is, the harder it gets to make changes.

While at times re-branding a company can be a good and even necessary thing, it's important to put lots of thought and sensitivity into the processes to ensure you get it right. Remember Yahoo's cool recent  “30 days of change” campaign? People get attached to brands, and logos are essentially ‘the face' of the company. I've recently completed a (much needed) re-branding of Amigo Productions, and I hope to releas an in-depth post about that process in the future.

So what's my story?

It was time to make a change. I got locked into the daily routine and forgot about some of the things I really enjoyed doing. One of those things is writing posts like this. It's true I've been quite active on my other sites such as Google Plus For You & Amigo Productions but I was disappointed when I realized that the last informative posts I wrote on my personal blog were back in 2012 (Showreel Breakdown, Coldplay design course).

There are several reasons why this happened… work, time, life and so on. But the main reason was probably laziness or the fact that I was simply OK with the current state of my site. While the previous design served me well for almost 2 years, the focus of that design was more on the portfolio and less on my blog. As a motion graphics artist and video editor that's probably a good thing, but I think that because the portfolio section was the most prominent, I cared less about producing new content. It was simply too easy to leave the site untouched for long periods of time, and if I did make a change it was usually just a quick update to the portfolio section. And that's not a good thing.

Since it's important to stay current, and because I like writing and enjoy sharing my ideas about different things such as social media, technology, Google, motion graphics and so on, I decided to change the design to one that orrganizes and presents all I do in a much better way.

To summarize it all in a few short sentences:

In the upcoming months I plan to share my thoughts and tips about social media, freelancing, technology, motion graphics and sometimes also creative ideas from daily life. I have a few series in mind, and tomorrow I'll be revealing a cool new tool for Google+ users. I hope you like the new design and direction I'm heading in, and hope you'll enjoy reading the posts I share.

See you around!
Daniel

Why Freelancers Need a LinkedIn Profile

What are the core values of your freelance business? 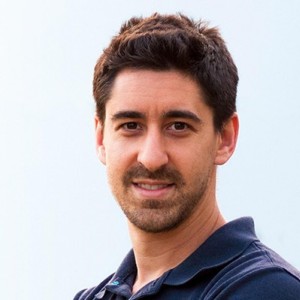